We are at a point where we are considering stopping using those, even though they are very useful.

Let developers add a boolean config in the macro xml, which indicates if the macro should have a body.

If the configuration says that it should have a body:

Hi Tom Arild.
Good news - this already exists. Solution is simply to add a body input inside the config (use textarea for instance).
It will then automatically do what you want.

Here is a screenshot of the “panel macros” that are available on Enonic Market: 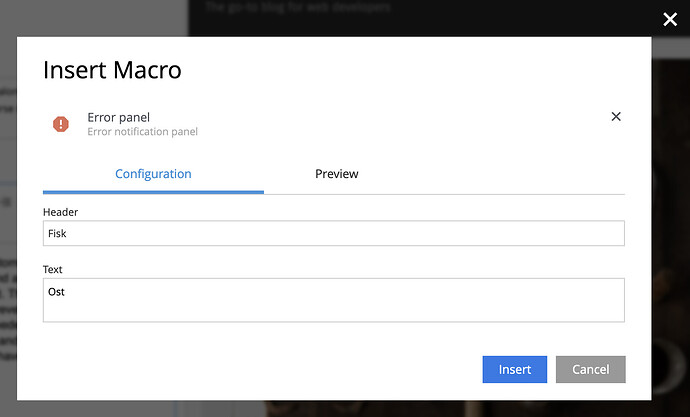 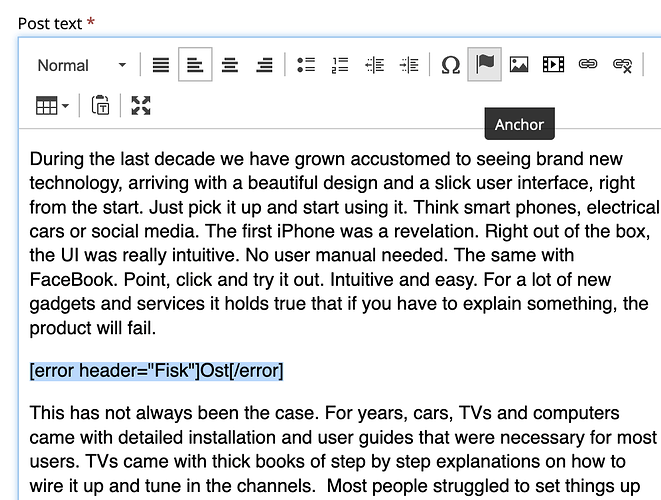 Here is the schema definition for the example above: https://github.com/enonic/app-panel-macros/blob/master/src/main/resources/site/macros/error/error.xml

We’ll improve the docs so this is more obvious